In this project, we built a system to support the staff at Café Ulla Terkelsen London in Aalborg. The project ranged from establishing requirements grounded in data collected through an interview with the end-user, to creating a system built on the object-oriented paradigm principles. In the process of developing based on the gathered data, a scenario, use cases and a flowchart was constructed, eventually leading into a procedure of parallel design sketching. A Low Fidelity prototype was created from the sketches as a foundation for a fully functional High Fidelity prototype.

When designing the Interface for Café Ulla Terkelsen, it was important to us that their childish design was implemented.
We wanted the system to meet their requirements and reflect their casual nature. One of the biggest issues was that a lot of their current system was in pen and paper, which would get destroyed when spilling a drink. For that reason, we wanted these elements as a part of our system, which was their calendar and the list of which orders belong to the different tables.  As the tables at the restaurant often get moved around, we gave the user the ability to choose their own name for the table, instead of a set list.
We had multiple sketching phases before creating the final design, some of the initial sketches from the parallel design sketching are shown below. This was the foundation for the paper prototype which led to the final design choices. The system was partly implemented, but due to lack of time, we did not get to implement the whole system. 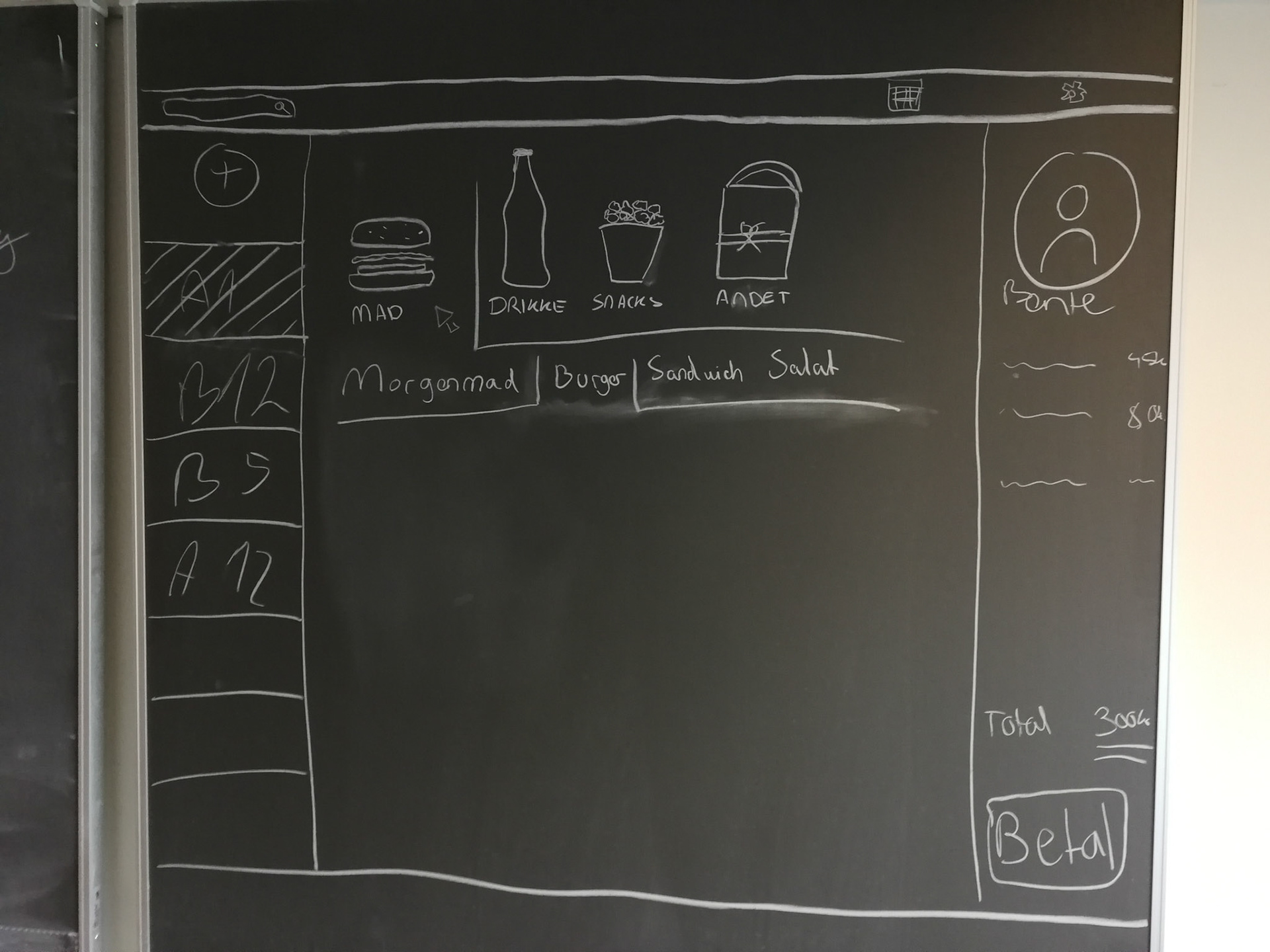 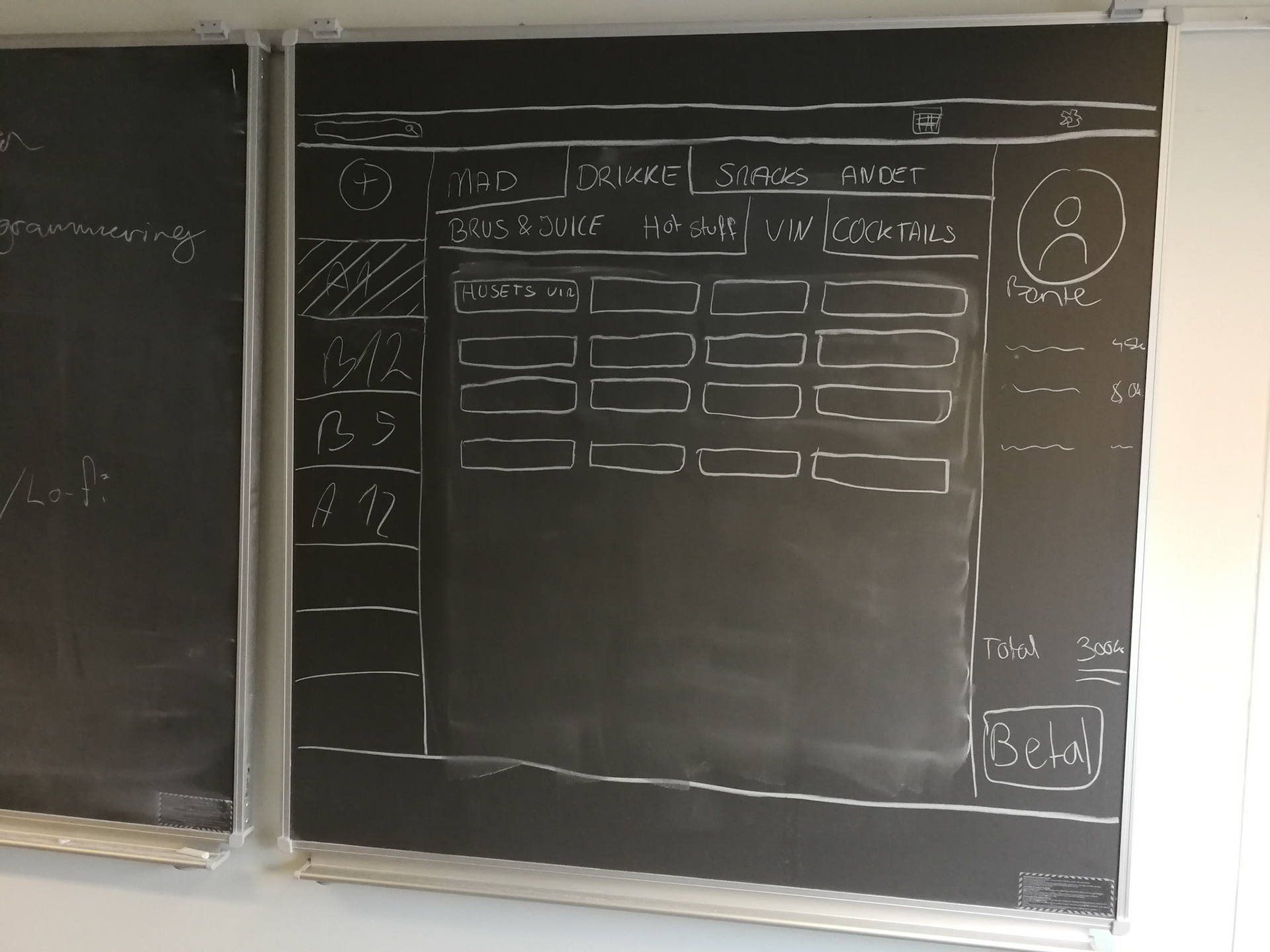 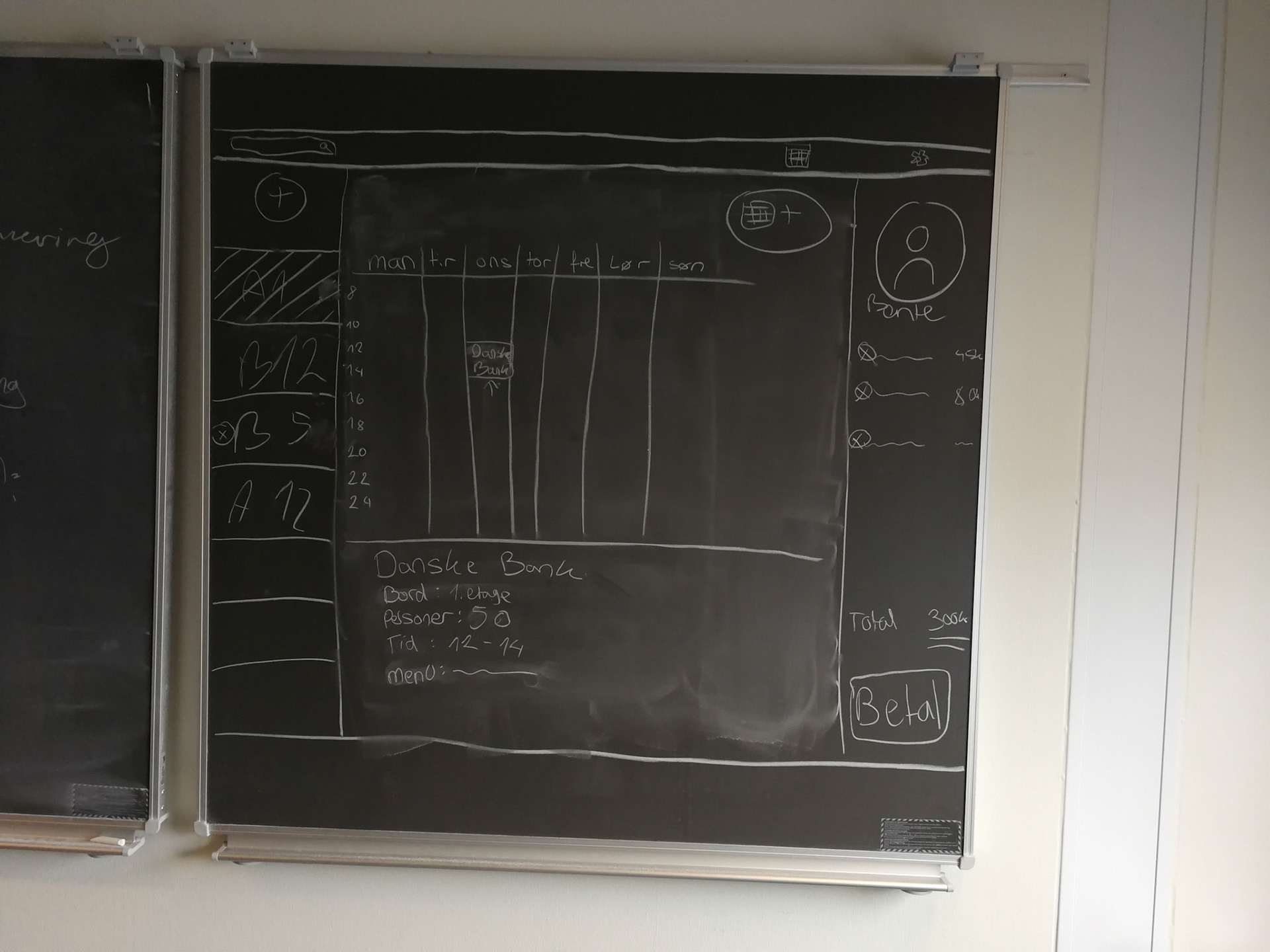 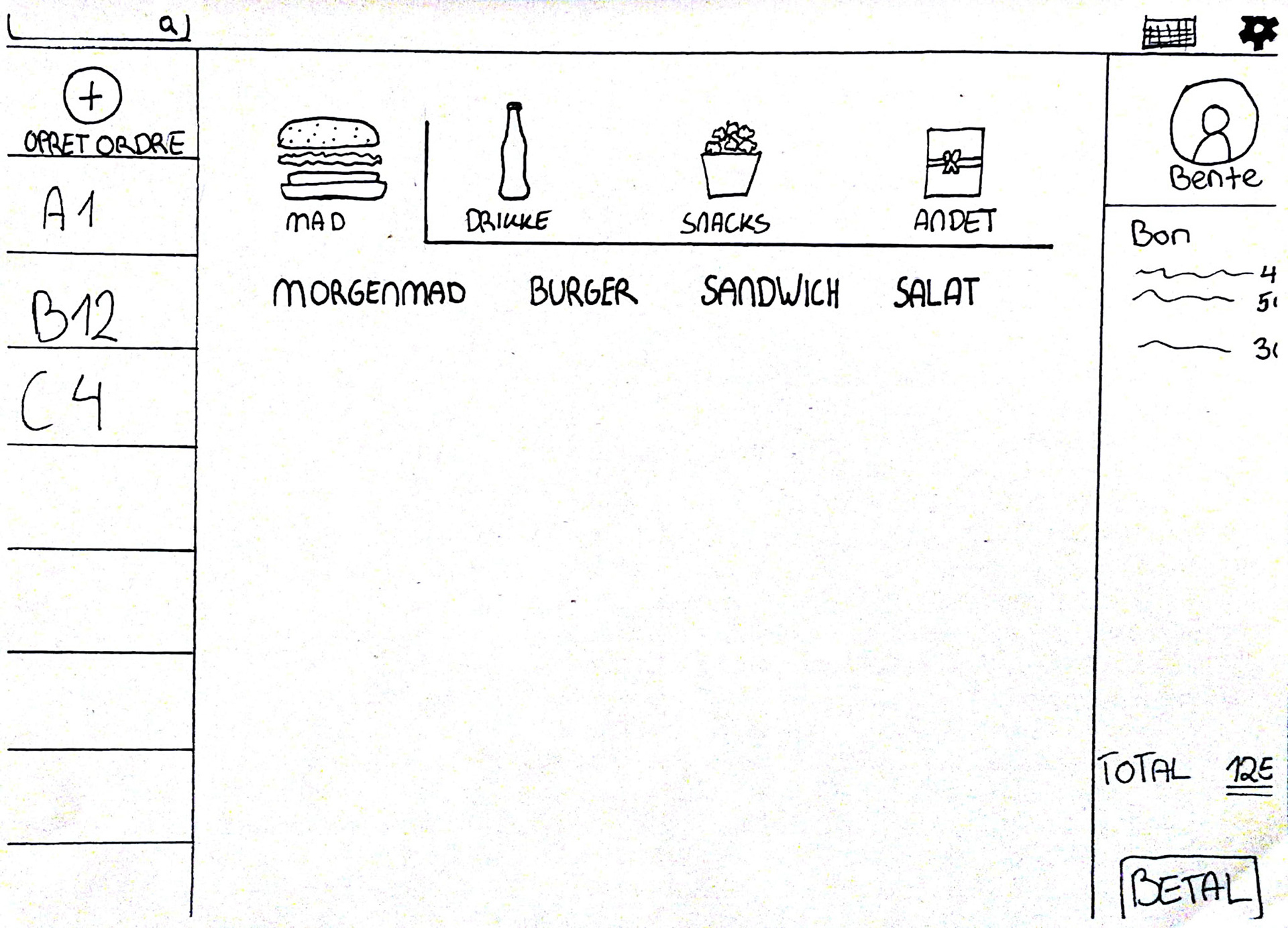 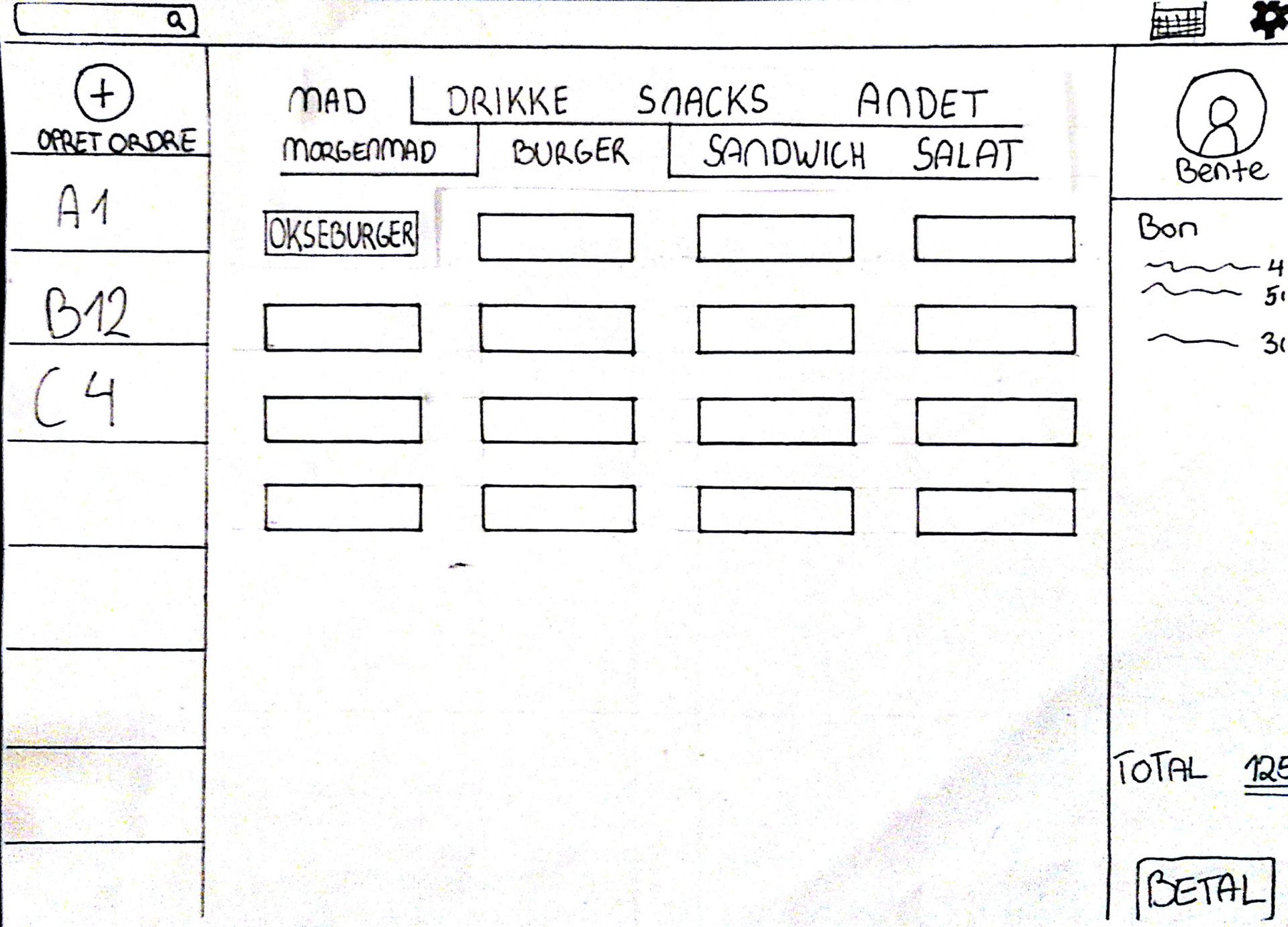 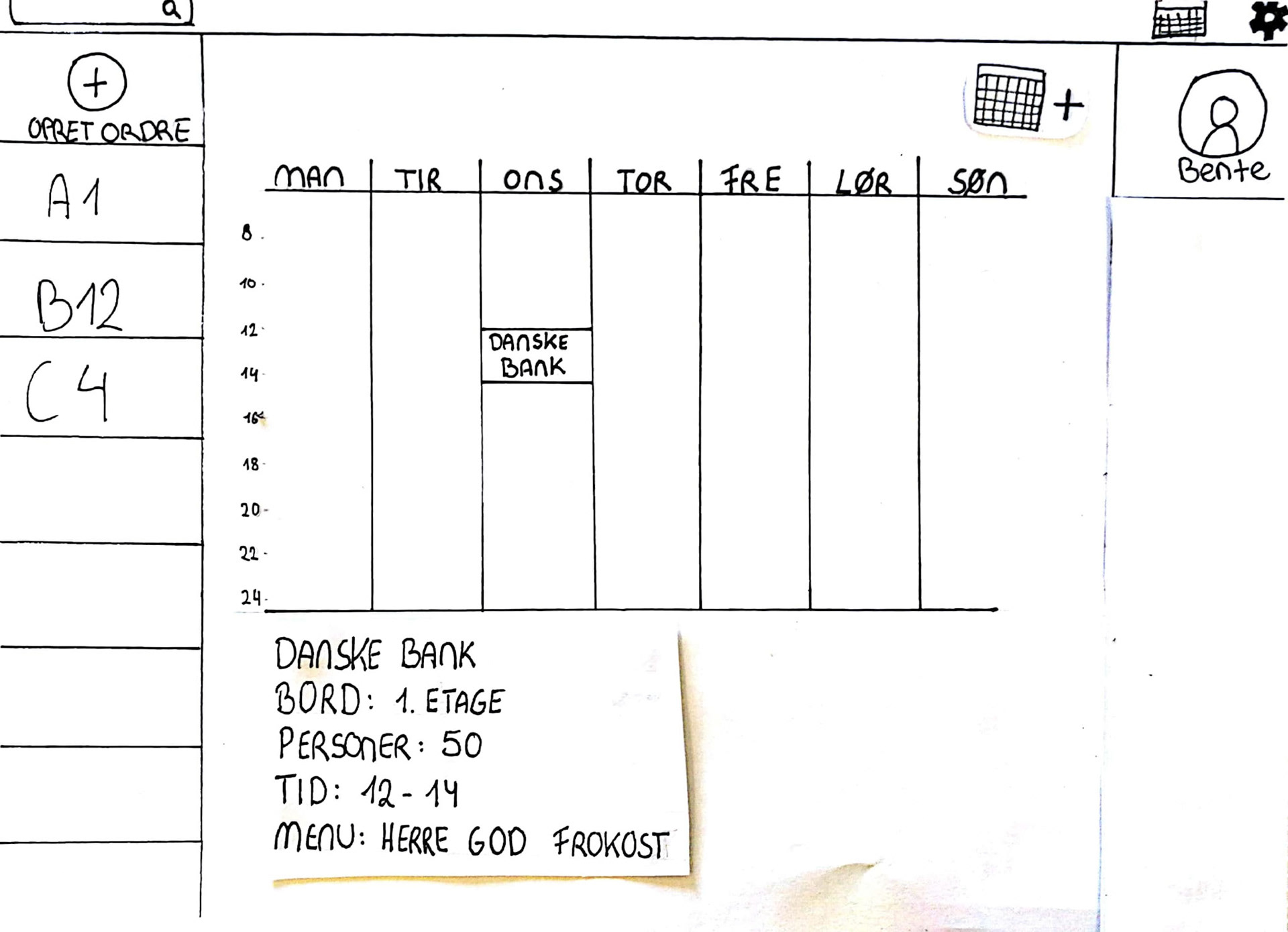 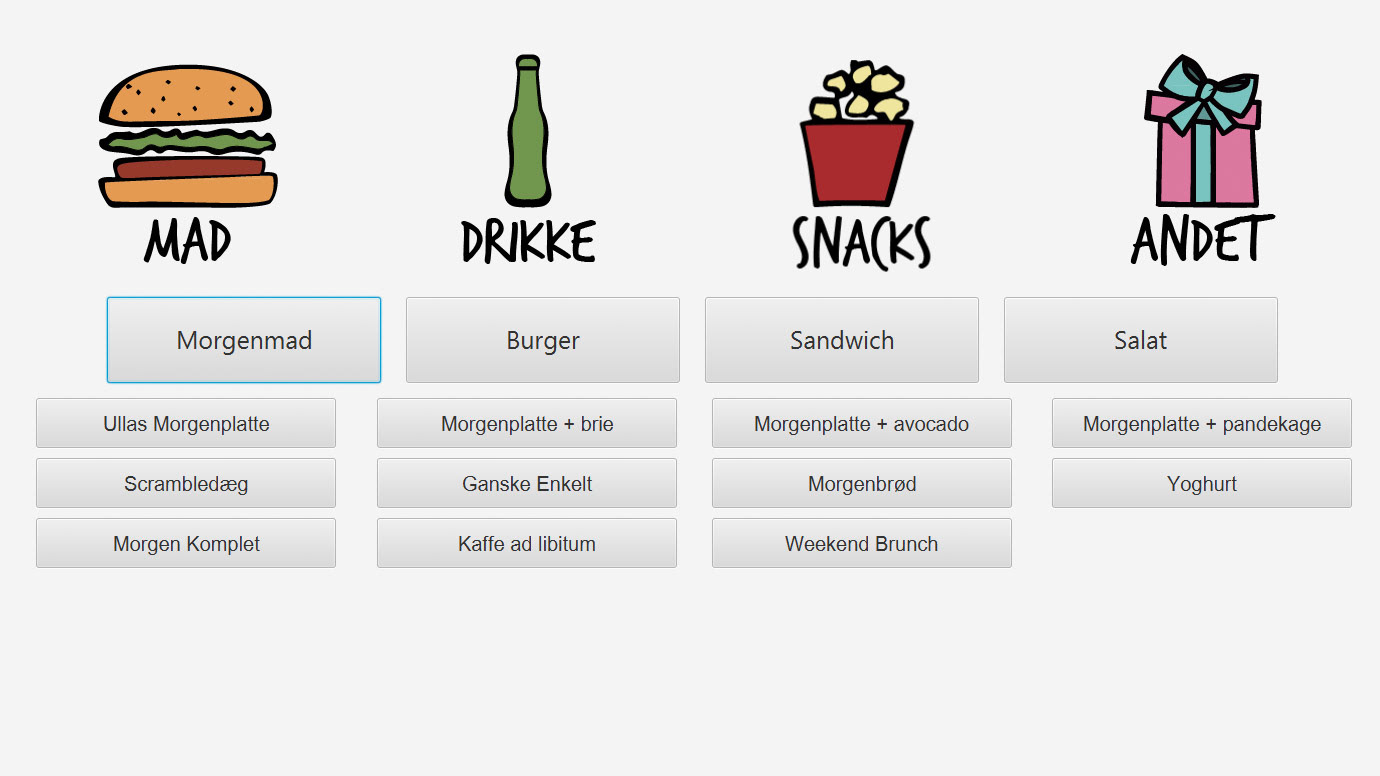 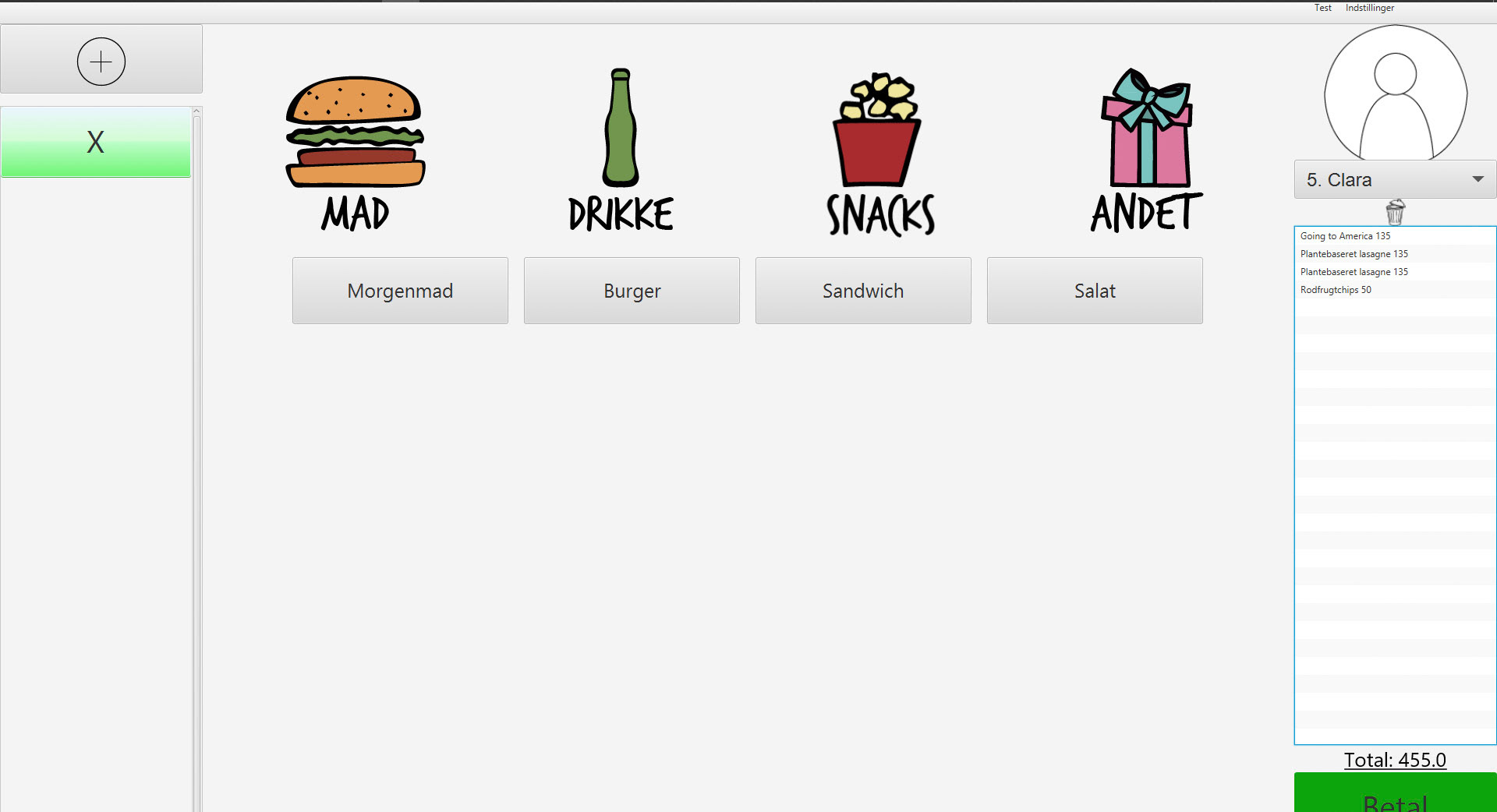 SoMe
↑Back to Top